There is nothing better than the discovery of an absolutely fabulous local designer. In that spirit, the Chrysalis would like to share with you our newest obsession in dramatic ladies formal wear: Jayran dresses by St. John's own Jayda Randell.

Jayran dresses are perfect for girls wanting to show off their killer curves – or those who'd like to fake them. If you've got it, Jayran helps you flaunt it, and if you don't, helps you create it. Elegantly tailored in classic shapes and flirty prints, this designer's formal collection is definitely a local treasure. 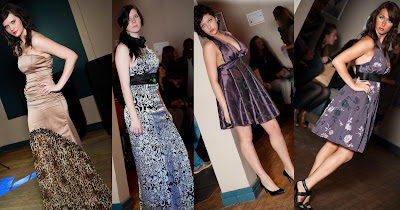 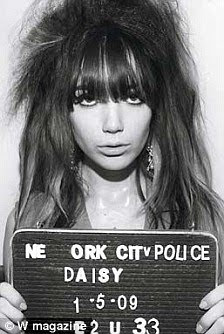 why we love her: she documents British Vogue's Today I'm Wearing feature (which we are also totally stalking).

why you should love her too: she's fearless, cheeky, and refreshingly frank about her inescapable celebrity. That, and her Pa's married to Gwen Stefani.

life story (abridged): Mama is singer-cum-fashion designer Pearl Lowe, and Papa is Bush frontman Gavin Rossdale. Originally, Lowe was thought to be the child of Pearl's ex-husband Bronner, but a paternity test and Daisy's type-O blood (which neither Pearl nor Bronner have) proved otherwise. Lowe began modelling at age two, and was scouted at age 15. By 16 she had been featured in Italian Vogue.

overheard: “You've got to deal with it. There's no point going to cry in the toilet.” 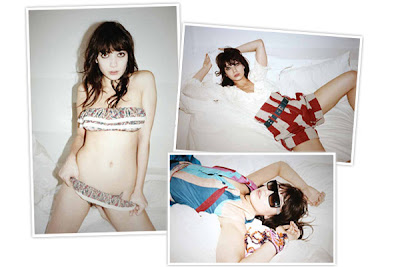 Posted by chrysalis clothing co. at 5:55 PM No comments:

Our shorts, as seen on the runway at Vanity @ V 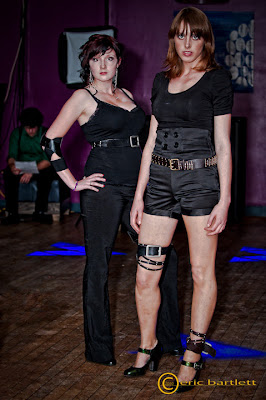 http://www.ericbartlettphotography.com
Posted by chrysalis clothing co. at 11:19 AM No comments:

Last night Fashion Media Group put off a fantastic fashion and talent showcase at Club V on George Street. The show was a charity fundraiser for MUN HOPE (Health Outreach Programs and Education). It featured two absolutely stunning collections pulled from Model Citizens (on Duckworth, just below the War Memorial - go now), but even more exciting for those of us at the Chrysalis, the show featured a pair of our shorts!

That's right, ladies and gentlemen, in the final number at Vanity @ V our high-waisted four-button black shorts made an appearance on an actual runway. Damn, we feel legit. 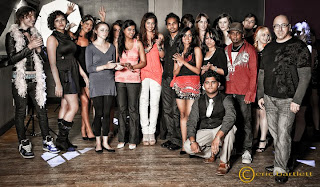 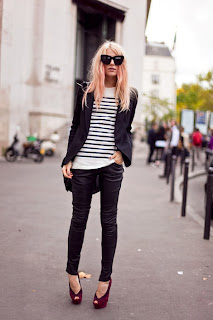 why we love her: she effortlessly marries high-end designer pieces with budget brands and (yup, you guessed it) vintage!

why you should love her too: her great-granddad is Ernest Hemingway. 'nuff said.

life story (abridged): Born in Sun Valley, Idaho, the daughter of actress Mariel Hemingway. Attended Ernest Hemingway Elementary School under her father's surname, Crisman. Studied classical ballet for 15 years. Left high school after two and a half years to take a stab at modelling, and hasn't yet looked back (or, for that matter, needed to).

overheard: “I’m a huge fan of things that are affordable. I do wear a lot of designer when I’m out at events, but I prefer to buy pieces that look expensive, but aren’t.” 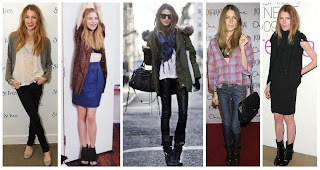 Posted by chrysalis clothing co. at 9:57 PM No comments:

All the dirt on recycling

During a political science lecture in my first year at Mun, my prof asked our class a simple question: where does the food we eat come from? I found it fascinating that despite my own disposition to curiosity, I'd never given my food supply much thought. It's a luxury to live in a country where the word “famine” evokes images of a distant time and place, and where most of us hold the vague notion that our food comes from the back of the grocery store.

My prof was trying to make a point about the politics of food, but her question got me thinking about another system that's so entrenched in our world that many of us never question it – waste collection. I think most of us have some understanding of what a landfill looks like, whether thanks to the Discovery Channel or to the obnoxious proselytizers of the Gospel of Al Gore. Most of us care enough or have been nagged enough to invest a little time sorting out paper from plastic or rinsing out empties, so long as a big stinky truck shows up every week to haul it all away. 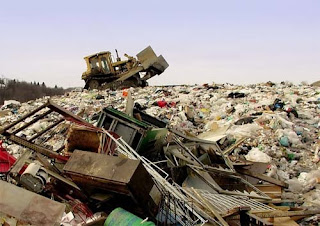 But what I didn't know – and what a whole lot of dedicated green freaks don't know either – is that just because you left it on the curb in a blue bin doesn't mean it's not headed for the landfill. Recycling is an industry, and like any industry, if there's no buyer for the product, then the product has no value. We have a word for things with no value – garbage.

Certain materials are much more amenable to the process of recycling than others. Aluminum cans, for example, are far easier to manufacture from post-consumer content, and because this process uses only 5% of the energy required to make new Aluminum, it's an attractive alternative for companies looking to cut costs. 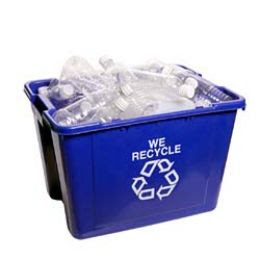 Unfortunately, not all materials are like Aluminum. Often recycling processes actually use more energy than would be used to create the same product from new materials, trumping the benefit of reduced landfill space. Paper products can only be recycled two to three times before the raw material breaks down and is no longer usable. It has been demonstrated that, because tree farmers are required to plant more trees than they harvest, the use of recycled paper materials actually has a negative effect on tree populations.

Plastic, one of the most ubiquitous materials in our disposable world, is actually one of the least amenable to recycling. Plastics often need to be of nearly identical composition in order to mix properly. Biodegradable plastic is not recyclable, but is often mistakenly mixed with recyclable plastic, contaminating the material and making it ineligible for recycling.

My feeling is that we need to seriously reassess the practical value of our current recycling programs. For a lot of us, the blue-bin/green-bin system is the only alternative we are aware of. In St. John's we barely have a conventional recycling program to speak of; there's no city collection, so if you bother to recycle at all, that means weekly trips to the depot to drop off your paper and plastic.

So now before you throw up your hands in exasperation, let me present you with a third alternative. It's hardly new – in fact, it's probably something your grandmother has been doing for years. Wartime recycling aimed to conserve resources with massive, government-supported campaigns. There was no large-scale system for recycling – conservation was done on a human scale.

Wanna know the crazy part? It was really, really effective.

Frankly, I think the current discourse on sustainability is way too focused on large-scale, systemic solutions. I don't know that sticking a few bins out on the curb next to a pile of garbage bags will make us more environmentally conscious. Sometimes it feels like environmentalists want to create some mass-produced cure for the problem of mass production. It's a dubious solution, and so far has had limited success.

Bringing recycling down to a human scale isn't only an effective way to approach sustainability, it's also a way for ordinary people to take ownership of a solution. Ordinary people, with ordinary lives, remaking, reusing, and repurposing ordinary things. On a human scale. 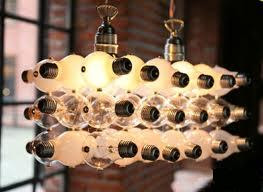 Sounds to me like a pretty extraordinary idea.
Posted by chrysalis clothing co. at 12:00 AM No comments:

In a surprise twist, we become impossibly cool

When I was a kid, my mum would take me shopping in thrift stores. I hated the smell of dusty old clothes, and the horrifying 90s concoctions that would leap out from behind rolling racks, all busy florals and synthetic fibers. Worse than anything was the thought that someone from school might find out that my new Bootlegger bell-bottoms were actually from Goodwill.

A lot has changed since I was a kid, my taste in pants included. Nowadays Kate Moss and the impossibly cool Chloe Sevigny wear their used threads with pride. Discerning hipsters and clotheshorses everywhere see vintage clothing as authentic, unique, and no longer the hallmark of the budgetarily-constrained.

On the crest of this new wave are trendy recycled boutiques, where you can snap up these made-to-last, few-of-a-kind treasures without that heady thrift shop aroma. There's Frock Me!, a London-based exhibition of vintage garments; The Way We Wore, a trendy LA vintage shop whose clientèle coolness rating is basically off the charts; Courage My Love, in Toronto's Kenzington market, which has been slinging second-hand since before I was born.

Closer to home, you've gotta love Model Citizens on Duckworth Street (down the steps of the War Memorial... but you knew that I'm sure). Almost everything in their collection is recycled and refashioned in some way, and the trendy, boutique-y shop suggests anything but a thrift sore.

Even Oxfam's British charity shops are giving their image an overhaul, with Brit It Girl Alexa Chung as the brand ambassador. Can I just say that this is one fucking exciting time to be putting together a vintage collection.
Posted by chrysalis clothing co. at 4:34 PM No comments: